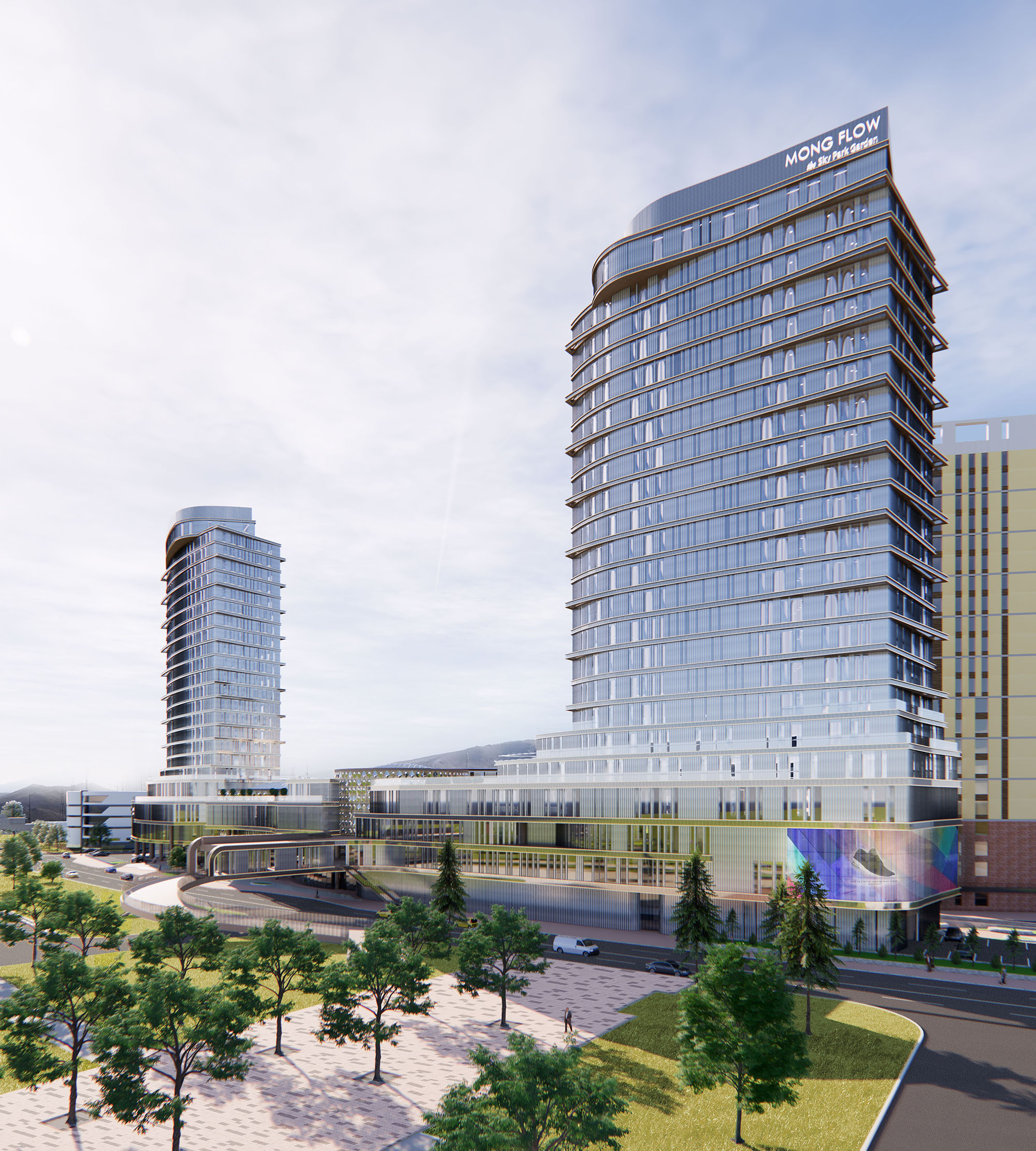 Mongolia is a landlocked country in East Asia with abundant nature that consists of rows of mountains and deserts. The design site is located between the south tip of the central city of Ulaanbaatar and the departure point of the other cities. Thus, its location is at the right front of the national park under development and behind the site are well developed residential towns. Given condition of the site offers vastly great views to the national park and mountains as well as the view towards the central city.

Our design began to create the connection on this fine location to the surroundings. We explore how we could bring the architectural language from neighbor and its environment. Our attention was simply drawn into various curvature forms from mountain, sand dune, Yurt (traditional house), clothes and animals like horse and camel, etc. Forms of curves have been existed in nature and we were able to see more clearly in Mongolia due to people’s life close to nature. Wind force creates curves on sand dunes. Horseshoe forms a curve as if it is to offer better sprint. A curve from a camel’s hump may be formed to offer comfort for people to sit on. And a interior curve of cone space in Yurt is to sustain the heat to warm the space. These curves, which we define intangible forces, are transformed to be tangible substances to design. They are “Mongolian Flows” in our architectural design. The new Mixed-use Shopping Center in the city of Ulaanbaatar, Mongolia is designed as families & kids oriented cultural gathering space.

Alongside with architectural concept, the program is set to respond mainly to the needs of communities. While many shopping malls around are mostly focused on retails, restaurants, and entertainment like digital games, movie, or night club, our vision together with the client was onto family oriented and kid’s first to meet demands for young families and kids. There are very few locations offer such services for communities. Therefore, internal space program has evolved to include kid’s facilities such as creative studio, learning center, kid’s food, kid’s department store, playground indoor and outdoor, kid’s retails etc. and family zone like advanced Gym & SPA facilities, F&B Street, general retails, food court, four seasons indoor garden, etc.

In order to emphasize the horizontal views as well as to economize installation cost, we used traditional glass system to form façade of residential towers and shopping mall. Generally traditional system is easier and quicker for installation in comparison to Unitized facade system.

Façade materials we used are simply two materials. One is brushed aluminum panels, and the other is IGU panel (3 layers of glass and 2 layers of air filled with Argon-gas). Due to cold climate, we are limited to design IGU panel width up to 1.5m and the façade area 25% for residential towers. What we add on top of it is vertical fins. It is installed to hide vertical mullions of IGU and aluminum panels.

In addition, the requirements on the land condition and government regulations on seismic design limit our ability to create diverse extensions of slabs, but we reversed them into our advantage by using of all built up columns from the basement to be part of interior design to create natural and greenery interior space through irregular openings. Upon our further development, we would expect the project will definitely be the one of the most dynamic and challenging architectural projects in the nation which it is formed to express flows about how the communities would perceive environment of the city and the country.

Functional Separation from the North (parking) to the South (mall) 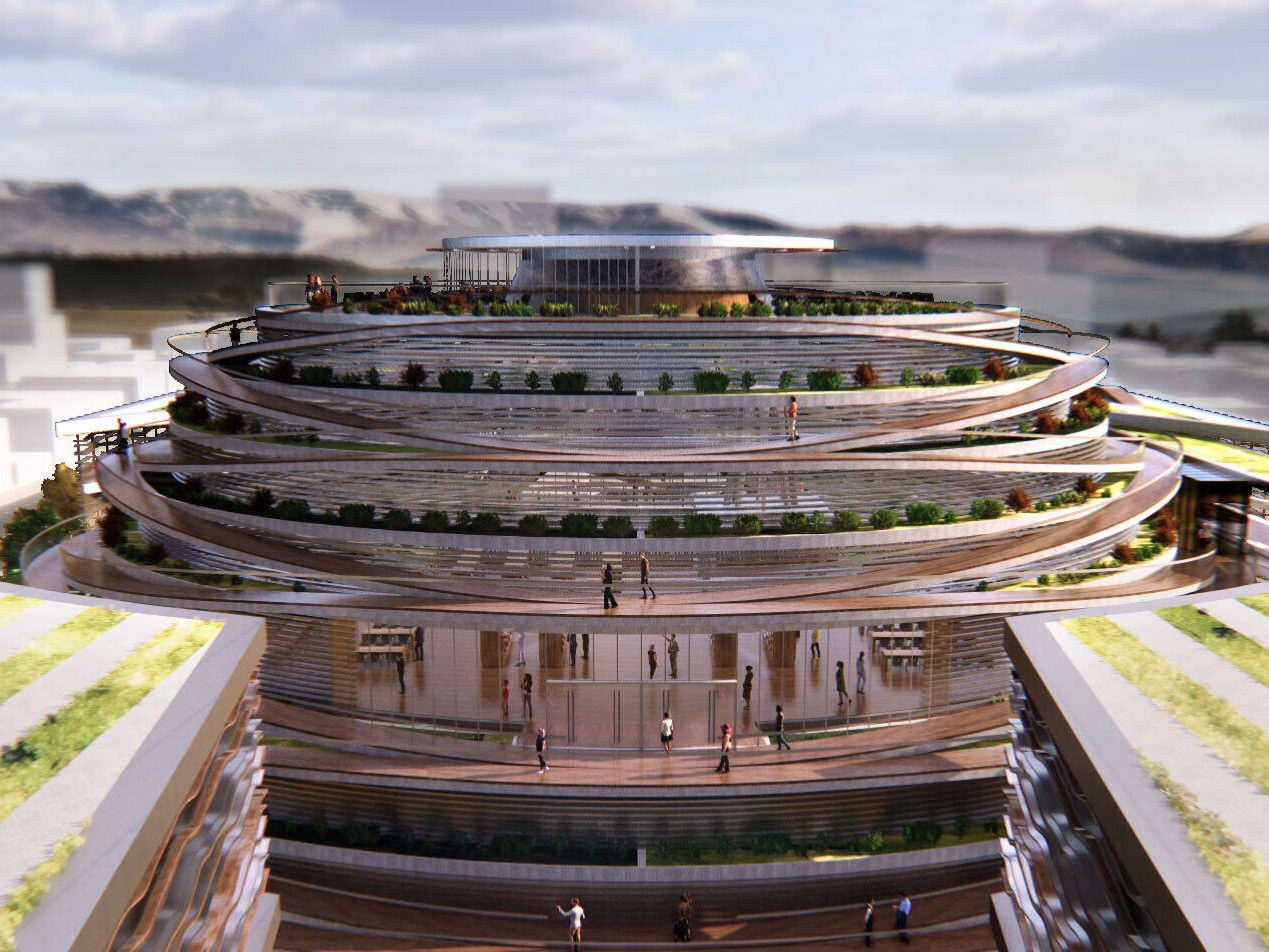 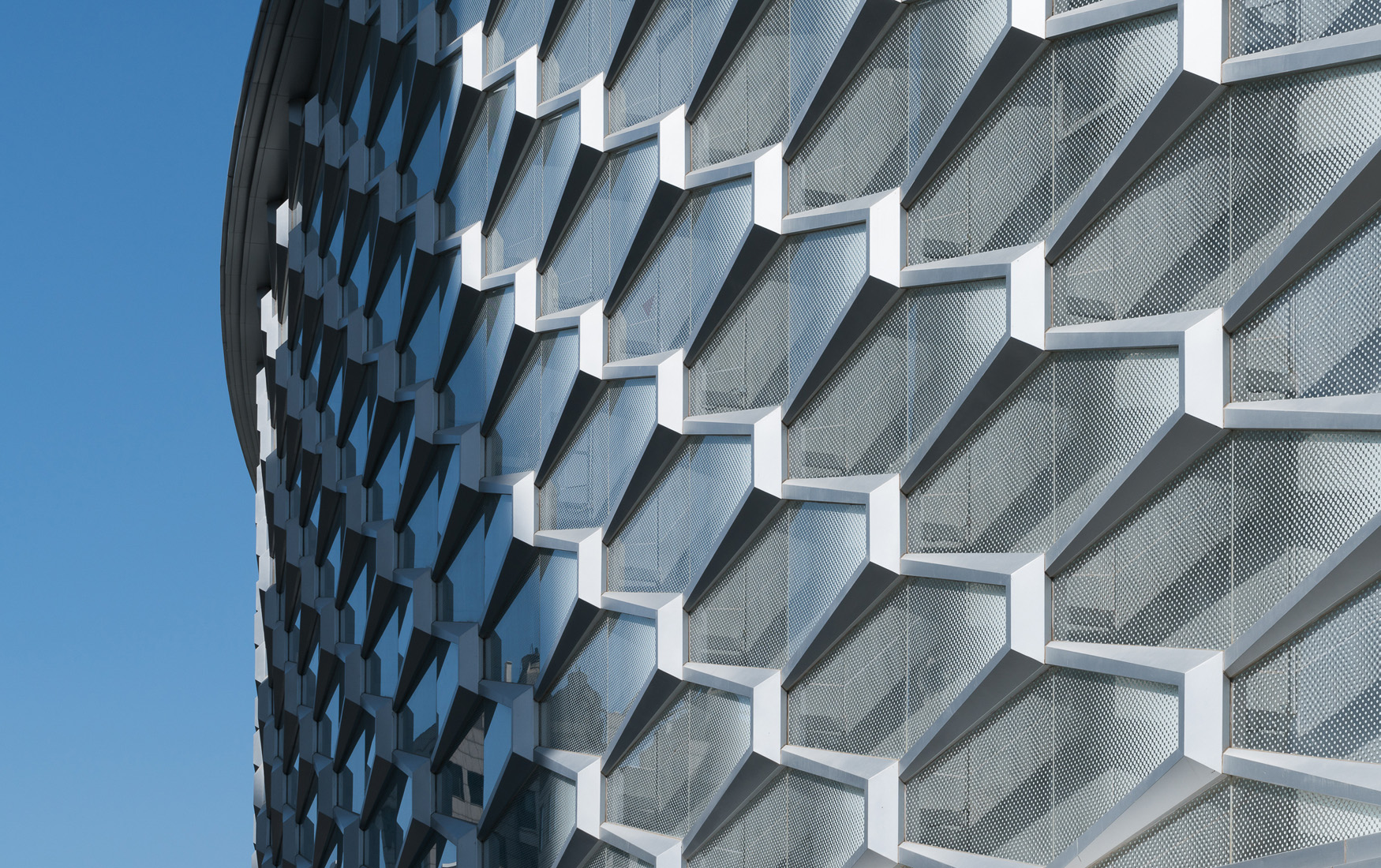 Director’s project experience in AEDAS, Hong Kong Olympia 66 with over 221,000 sqm of the gross area is serving communities as a shopping all in Dalian. It is a major shopping… 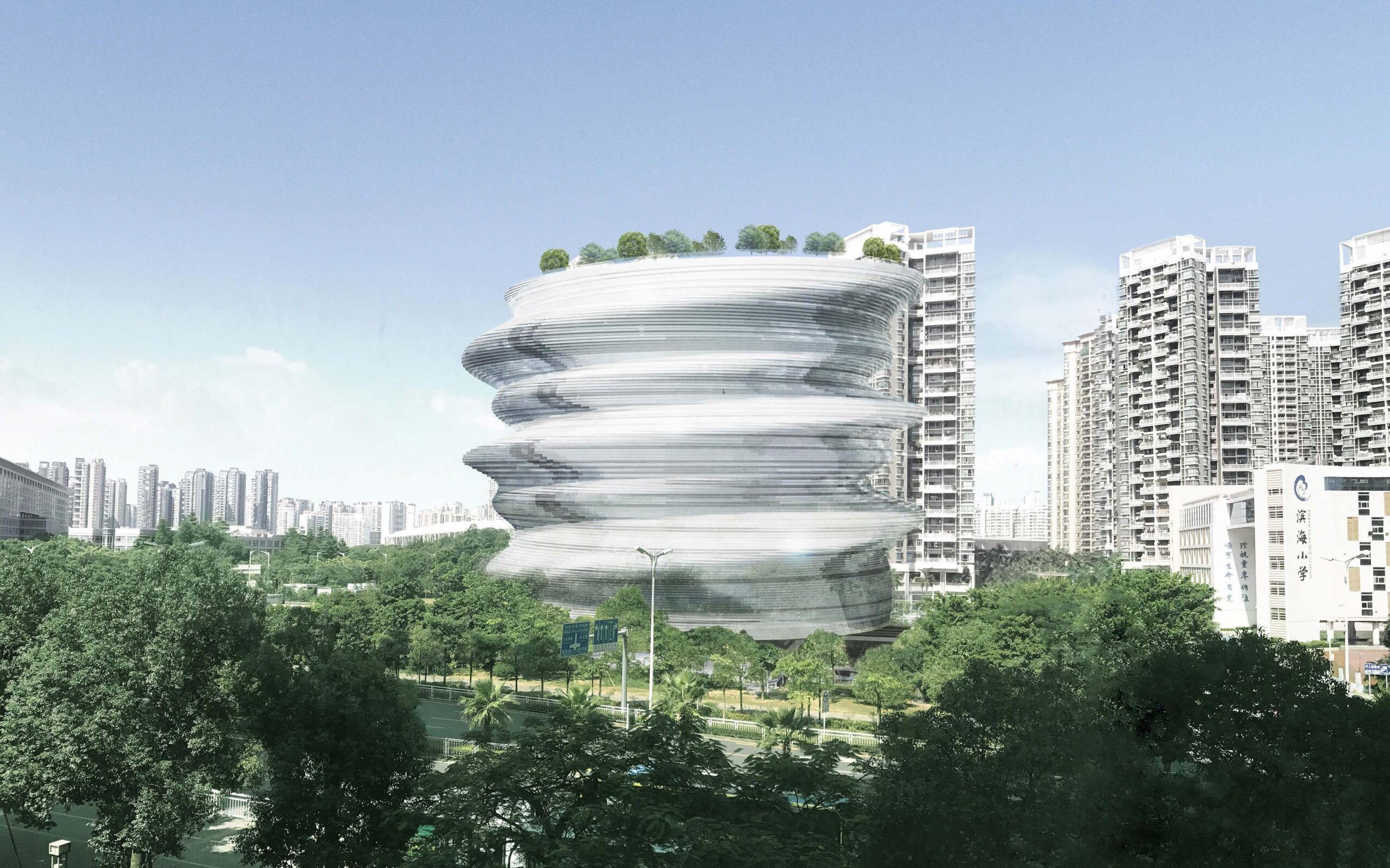 THE MUSUEM ART COMPLEX IN BAOAN Building Fact Design Concept Today’s Shenzhen is not just a modern city, but the merits of its geological location make it also a cultural…